Monsters Mini-Post: On Uncontrolled Growth and the Gall Some Bacteria Have 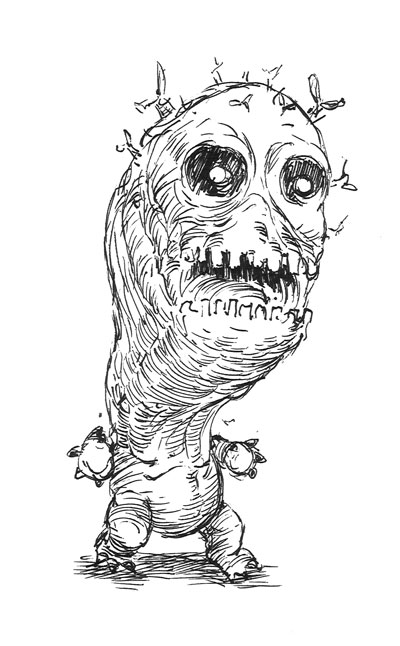 At least, that’s how it appears. Bacteria inhabit just about every untreated, unsterilized surface and environment on the planet. And our bodies happen to provide some of the best habitats for colonization.

Propionibacterium acnes is a bacterium that lives on human skin, deep in the pores, specifically. It hangs out near the sebaceous glands, which are the tiny glands near each that produce the oil, or sebum, each of us has lightly coating our skin and hair. P. acnes‘ strategy for life is pretty similar to the one I employ at county fairs and carnivals, which is, simply, to eat as much grease as possible. By taking up residency near the sebaceous glands, this itty bitty bacterium gets a nearly endless supply of the sebum it prefers to eat.

Unfortunately for the human host, whenever too much sebum and too many bacteria clog a pore (and whenever the body starts reacting to what it perceives as a big bacterial infection), acne can develop. A bunch of tiny bacteria can be all it takes to produce a huge, honking zit.

Our bacterial bumps aren’t nearly as bad as some of the ones plants develop, however.

Agrobacterium tumefaciens is another bacterial species with a long, lovely name. It infects plants, not humans, though the list of plants it can infect is substantial: roses, willows, maples, raspberry bushes, apple trees, cherry trees, almond trees—you get the idea. It’s a wide-reaching bacterial agent, and it’s pretty sneaky to boot.

A. tumefaciens enters a plant’s system through a fresh wound, one created through pruning and other forms of mechanical damage. Once inside, it does more than divide and conquer: it makes the plant’s own cells divide and conquer. Like a mad scientist minus the hysterical laughter, A. tumefaciens actually splices its own DNA into the DNA of a plant cell. The new DNA sequence tells the plant to produce growth-stimulating hormones. Under the hormones’ influence, the plant cells multiply so much that a cyst-like lump called a gall develops. Lo, A. tumefaciens gets a spacious new home inside the plant tissues!

Meanwhile, circulation of water and essential nutrients within the plant gets cut off. 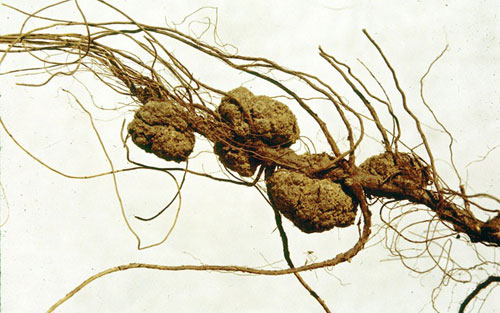 Although galls can develop along the stem or on the roots, A. tumefaciens is mentioned in conjunction with what’s called crown gall, which is a lump that develops at the plant’s base, right around the soil line (the area known as the crown). The recommended treatment for crown gall? In the case of young trees, it’s sometimes believed to be more economical and better for general plant health to remove the plant. Older, larger trees can have the gall removed surgically or left with the plant for the rest of its woody days if the plant is otherwise healthy.

So if ever you or someone you know ends up lamenting a sudden, uncontrolled outbreak of acne growth, just remember, it could always be worse. At least your DNA is still your own, you know?